The first Independent Show of SAC@TS, after de-affiliating from SACC was a resounding success.

The concept of having an Independent Cat Show as part of an Agricultural show is nothing new in many other countries, but in South Africa it is not common.   This was an experiment, shared with the Chats du Cap Independent shows and the Oriental, Siamese and Related Breeds Group.

The experiment was a resounding success and it will hopefully soon become a tradition.   The Robertson Spring Show is an event with it's origins in 1899 and is visited by lots of animal loves who love to see the horses, farm animals, poultry and take part in all the other activities at such an event.  Adding a cat show seems like a natural addition and it is quite strange that nobody has suggested it until now.

The SAC@TS show was in the form of a Ring Show only - a format familiar to exhibitors at WCF shows in South Africa.   Two All Breeds Judges judged the Adult, Neuter and Kitten Rings.   The Winners of these rings were judged against each other and an Overall Winner was selected.

The first Extreme Cats competition was also held at this show.   The results are published in the catalogue, which can be downloaded and opened in PDF format, by clicking on the link lower down on this page.

Winner of the Adult Ring

Winner of the Neuter Ring

Winner of the Kitten Ring 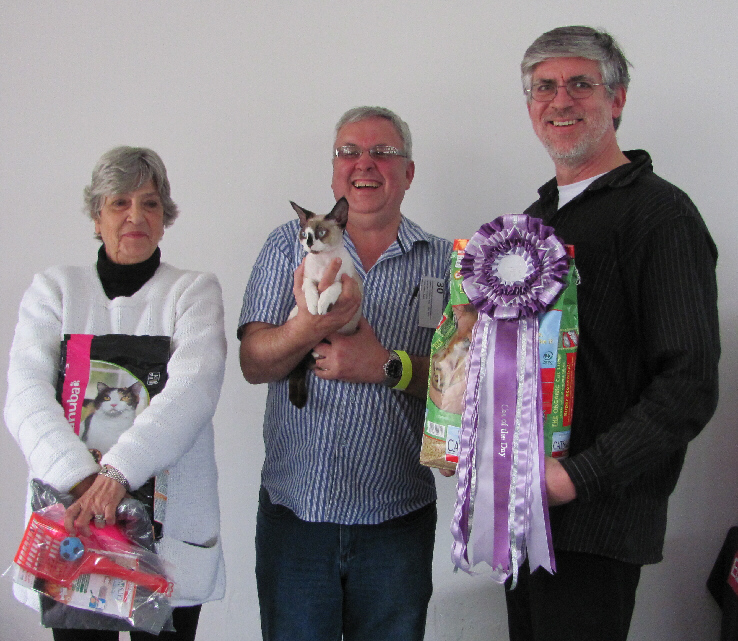 
Slideshow of photographs taken at the show